Reporters learned from Shanghai Metro Operating Company yesterday that the first major overhaul of Shanghai Metro trains for two years and eight months will be completed in late August. All 16 direct current trains on Line 1 serving for more than 10 years will be renovated, which will reach or approach the performance of new trains. Over 5000 parts must be replaced once in 10 years

Some components of trains serving for more than 10 years are aging, which makes the failure rate of trains on Line 1 significantly higher than that on Line 2 and Line 3.

As the longest-running rail transit line in Shanghai, the first four direct current trains of Metro Line 1 were purchased in 1992, and they have been in service for 12 years since the commissioning. The remaining 12 direct current trains have also been in service for more than 10 years, and the driving mileage has accumulated to more than 1 million kilometers. Some vehicle components have appeared. As a result of aging, the rate of train failure on Line 1 is significantly higher than that on Line 2 and Line 3. According to the maintenance requirements of Metro trains, in addition to routine daily, monthly and scheduled maintenance, the train must be overhauled every 10 years. 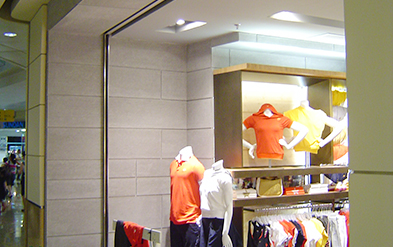 The overhaul of the direct current train on Line 1 of the Metro started on December 18, 2002. This is the first time that Shanghai has carried out a thorough overhaul of the subway train. After the overhaul train was sent to the workshop, technicians dismantled the train, checked and maintained all the parts, and repaired the damaged parts, of which more than 5000 parts needed to be replaced. Improvement of explosion-proof and fire-proof coefficient of floor replacement

Seats and armrests are also dismantled and sent to professional manufacturers for renovation, which can make passengers feel more comfortable.

It is understood that the overhaul of 15 direct current trains on Line 1 has been completed. All of these trains have been replaced with imported PVC flame retardant floors which meet the European DIN5510 standard. The new floors not only have bright colors, but also improve the interior decoration quality of the vehicles, and can further improve the safety factor of the fire-proof and explosion-proof panels for Metro trains. In the process of laying the new floor, technicians use the whole floor covering method to make the subway carriage have a better anti-seepage function. At the same time, the seats and armrests are also dismantled and sent to manufacturers specializing in FRP and stainless steel for renovation, which can make passengers feel more comfortable. Metro company technicians said that these 10-year-old trains have to undergo three rigorous tests after major repairs. In addition to the same appearance as the original train, their performance will also reach the state when the new train leaves the factory, which will greatly reduce the pressure of failure in line 1 operation.

With high passenger flow and relatively tight vehicles on Line 1, the Metro Company has adopted a series-by-series mode for overhaul of Line 1 trains, and has cooperated with Bombardier Canada in international cooperation. With technical guidance from foreign experts, the overhaul of Line 1 has been completed in 43 working days at the fastest speed, thus making the normal operation of Line 1 unaffected. To any effect.